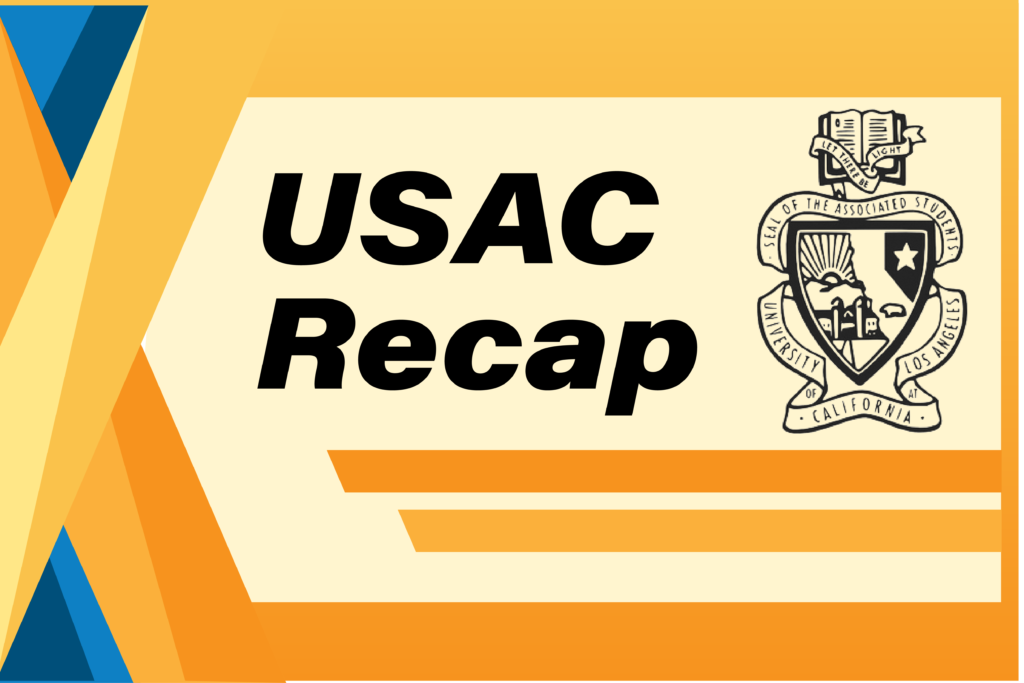 The Council of the Undergraduate Student Association has approved the allocation of office space to student organizations.

USAC is the official student government representing the undergraduate student body at UCLA. Council meetings are held remotely every Tuesday at 7 p.m. and are open to all students. Students can find links for meetings on the Internal Vice President’s Facebook page or watch a live stream on USAC Live! channel on YouTube.

Palmer Turnbull, chairman of the UCLA USA Board of Elections, said a USAC candidate had requested that voting for all USAC positions be held between May 2 and May 6, instead of begin on April 29, in recognition of the Sabbath, the Jewish day of rest, which occurs in April. April 29 to 30. Turnbull said he thought it would have a negative impact on voter turnout and added that the Electoral Council had instead proposed a campaign break that would occur from 7 p.m. on April 29 to 8 p.m. on April 30. Turnbull said any general representative candidates will have to agree to suspend the campaign.