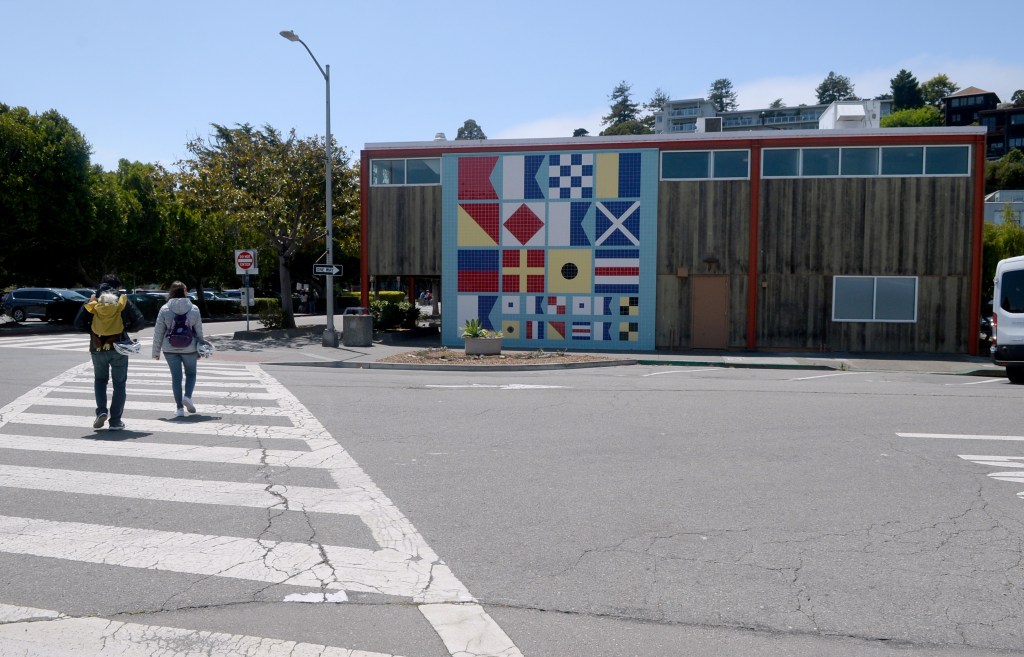 Sausalito plans to lease the former Bank of America building on Bridgeway to a group offering an arts center on the site.

Council members Jill Hoffman and Ian Sobieski, who evaluated proposals for the building’s use, presented the arts center as their recommendation at the council meeting on Tuesday.

The idea for the arts center preceded proposals such as a meditation and retreat center; affordable housing; a community center connecting Sausalito and Marin City; a retail-market-restaurant space; and exhibition and office space.

“It wasn’t just about the money. It was about impacts and how the building would serve our community,” Hoffman said during the meeting.

The center would be redeveloped to include a rooftop gallery, event space and wine bar. The space downstairs would be a partnership with the Sausalito Art Festival Foundation to present visual events, dance, music, textiles, pottery, poetry, song, and theater. The space could also accommodate corporate, hotel or city programs, a city staff report noted.

The board did not vote on a proposal. Instead, members asked staff to negotiate a lease for the arts center, which they say typically lasts between 10 and 20 years.

The rooftop bar would be considered a separate lease, depending on whether the center met its fundraising goals and got the project off the ground.

Monica Finnegan, a real estate executive who sits on the city’s economic development committee, gave a presentation on the proposal. She called it a site where “culture, arts and community intersect”.

Finnegan said the group plans to start a non-profit organization to operate the center. A board of directors would include representatives from arts organizations in Sausalito and Marin County.

She said the group aims to open the center in May.

The council said the lease should oblige the tenant to maintain the building and pay for improvements and provide for a profit-sharing mechanism if businesses are successful. The lease should cover at least the mortgage payment of $13,114 per month.

Sobieski described the plan as a public-private partnership that would generate commerce and support city goals. He said the band’s mission also aligns with Sausalito’s artistic history.

“The arts center has the opportunity to really anchor activity in the heart of downtown,” he said.

Other ideas for the building included rezoning it as commercial and selling it; demolish it to enlarge an adjacent car park; and the rezoning into civic institutional space and the creation of a community center.

The board said it would consider more ambitious ideas alongside the arts center, and that those options could be further evaluated if the center fails to meet its performance targets or its lease expires.

Louis Briones, chairman of the board of the Sausalito Art Festival Foundation, said the group plans to partner with nonprofits and businesses to secure revenue.

“By doing so, we would kind of become the building’s first customer and secure some revenue for the building,” he said.

The city purchased the 5,875 square foot building at 750 Bridgeway for $2 million in 2020. Bank of America is paying the city a monthly fee of $2,000 for five years to keep ATMs on the side of the building. After that, the fee will gradually increase every four years for 20 years.

Bank of America closed the branch to walk-in customers in May 2019, and it has been vacant ever since. It was built in 1956.