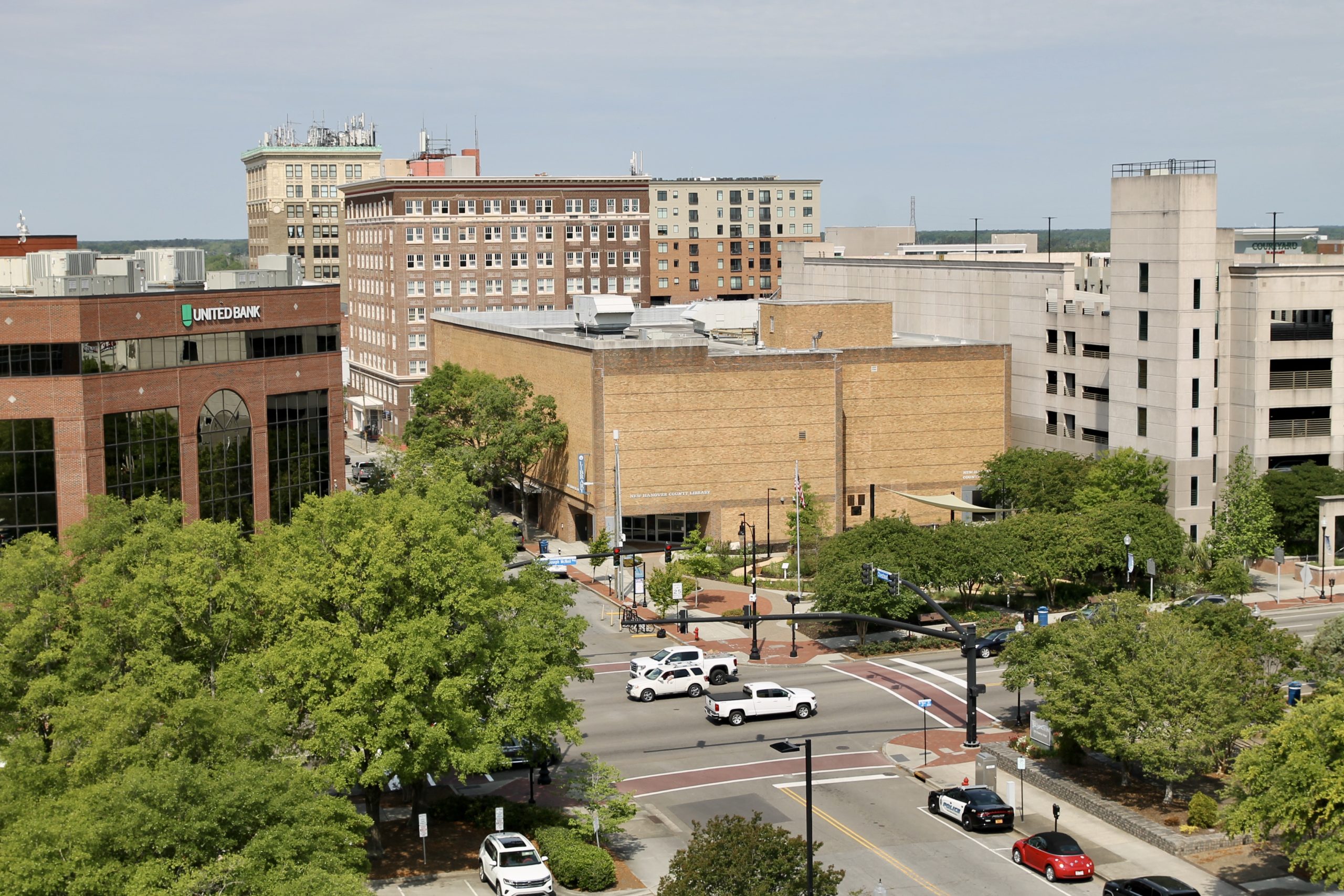 NEW HANOVER COUNTY — It has been more than a year since county commissioners signed an agreement with Zimmer Development Company for the Grace project. Since then, designs have been refined, layouts adjusted and finances restructured. Now the development is one step closer to a reality.

To solidify these changes, an amended memorandum of understanding will be presented to the commissioners on Monday for approval.

READ MORE: The design team presents a first look at the facade of the Grace project and the proposed building

A public-private investment in the works since 2018 – with initial discussions going back even further – the Grace Project involves the redevelopment of a 3-acre block of county-owned property in downtown Wilmington. Encompassing Grace, Third, Chestnut and Second streets, the plan combines the Cape Fear Museum and Downtown Library with a mixed-use property.

About $7.5 million – earmarked for the creation of a museum exhibit space – was taken from the developer’s original projected cost of $90 million. Now the screens will be built using county funds, borrowed via a loan as part of the 2023-24 fiscal year budget.

County Strategy Director Jennifer Rigby said finances have been restructured to allow museum staff to work directly with a designer and streamline the process.

Developer Zimmer will bear the construction costs for the new library and museum building. He will lease the property to the county for a 20-year payback, currently estimated at $80 million. The revised memorandum of understanding lowers the county’s annual rent from $4.5 million to $4 million.

Construction, pending final approval of the offer, is expected to be $66.8 million, resulting in the interest the county would have to repay Zimmer at $13.2 million.

When the county approved the memorandum of understanding last year, construction costs for the library and museum were estimated at $56.7 million. Port City Daily contacted Zimmer about rising construction costs and did not hear back in press.

County spokesman Alex Riley confirmed that once the agreement between the county and Zimmer is finalized, the county’s cost will be capped at the price listed in the contract. Changes in material and labor costs would be the responsibility of Zimmer.

Originally adopted by commissioners in March 2021, a memorandum of understanding outlined the developer’s role in the project and included certain assurances for the county.

“In the original MOU from the start of this project, all numbers were considered ballpark estimates with the understanding that they would be refined and targeted during the design phase,” Riley explained.

“We anticipated that some spaces might end up being slightly larger and others slightly smaller. [once finalized]”, Riley said.

The library will have a new teen room, high-density shelving to maximize archival collections, and two outdoor reading terraces. The museum’s design doubles the amount of exhibit space it currently offers at its 814 Market St. location, to be used for research once staff move into the new building.

For added safety and ease of access between the parking lot and the new Civic and Arts Center, the developer agreed to replace the parking lot stairway for $1.1 million, also at no additional cost to the county.

The project requires the demolition of the Borst building, built in 1926 as a Chrysler Corporation dealership. The Historic Wilmington Foundation fought to save it, but to no avail. It is expected to be retired during the first phase of the project, Riley said.

The current public library will also be razed once the private side of the development begins, according to county officials. The building was once a Belk-Beery department store, which underwent $3 million renovations in 1981 before opening as a library.

Originally, the new civic and arts center was plotted for the southern part of the block and the mixed-use offerings for the north; the amended plans swapped the layout of the land. Private development will now take place south of the parking area.

After discussions between the county and the developer, the change was decided to avoid moving the library twice, as the current facility would have to be moved to allow construction. To ensure that the library can remain open during construction, the new structure will be completed prior to the demolition of the current one.

“Second, the natural lighting on the north side of the property is more conducive to climate and lighting control for the library and museum,” Riley said, “which the county felt was important to protect the preserved assets. in these facilities.

Private investment has also increased from $23 million to just over $30 million in the updated MOU. Zimmer plans to incorporate multi-family units, with no less than 5% available for workforce housing for at least 10 years, as well as retail.

Rigby said there has been a lot of interest from the private development side and the developers have also been in talks with hotels.

The private element will generate tax revenue for the county, from the retail and housing portions. If the county had just built a new library, there would be no additional economic tax benefit. Therefore, having the public-private partnership was essential for the project, according to Rigby.

“By going through a P3 partnership, we are able to ensure that these private investments align with county strategy and happen in a timely manner,” Riley said. “If the county simply sold the land to a developer, they would have the right to build anything on that part of the block in the current zoning or with rezoning by the city, and the county would have no control over the uses. . or the delay.

A provision was added to the memorandum of understanding allowing the county to purchase Zimmer’s development plans for up to $2.5 million, if the Local Government Commission – the public entity that approves the governments debt premises – does not give its approval.

Rigby explained that this clause will protect both the county and the promoter if things don’t go as planned.

“The library and museum staff have done a tremendous amount of work with LS3P on the design and we have a spectacular design so we would like to purchase these plans,” Rigby said. “Granted, Zimmer bore the cost of the design process, so they were interested in receiving reimbursement for that if the LGC didn’t approve.”

A public hearing will be held at Monday’s 9 a.m. meeting at the New Hanover County Courthouse, 24 North Third St., for the community to comment on the financial structure of the project. Commissioners will vote on whether to move forward with the application for project approval from the LGC.

If the LGC approves the plan, construction could begin in late August and take up to two years.

Want to know more about PCD? Subscribe now, then sign up for our morning newsletter, Wilmington Wire, and get the headlines delivered to your inbox every morning.