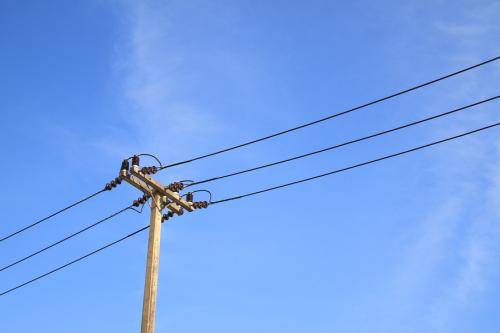 On September 21, 2021, the Federal Communications Commission (FCC) released the latest single in its anthology of decisions regulating the relationship between incumbent local service carriers (ILECs) and electric utilities, ensuring that ILECS are billed at rates comparable to those of communications users in the same situation.

In the Order in BellSouth Telecomms., LLC v Duke Energy Progress, LLC, the FCC found that Duke Energy Progress (Duke) was charging AT&T unreasonably high pole connection rates in North and South Carolina under its existing joint use agreement over LECs and competing cable companies that connect to the same posts. Because of this unjustified price inequality, the FCC ordered the parties to negotiate a new agreement using the “old telecom tariff” and further ordered Duke to reimburse AT&T for overpayments from the previous three years. Overall, the FCC’s decision was a victory for AT&T and other ILECs seeking to rationalize their pole rates with their competitors and alleviate the unfair economic burdens of pole use. However, AT&T has not been able to achieve the lowest tariffs available under the “New Telecom Tariff” formula.

Keys held by the FCC

The ILECs are in the same situation as telecommunications users and are therefore entitled to comparable rates.

In its 2018 pole attachment order, the FCC adopted a rebuttable presumption that ILECs in new or newly renewed agreements are â€œlike other telecommunications attachmentsâ€ and therefore subject to the rules and orders of the FCC, including â€œjust and reasonableâ€ rates as required. by section 224 (b) (1) of the Federal Communications Act. In his AT&T v. Duke Ordinance, the FCC found that the rates Duke charged AT&T were much higher than those Duke charged LECs and competing cable companies to connect to the same poles. The FCC also found that the rate paid by AT&T is “about 75% of the rate Duke pays AT&T, even though Duke’s attachments take up a lot more pole space,” meaning “AT&T pays a lot more. than Duke per foot. This disproportionate cost allocation, along with Duke’s five-pole ownership advantage, provided Duke with superior bargaining power and made negotiating lower rates highly unlikely. After examining these factors, the FCC has found that the rates charged by Duke to AT&T were “unfair and unreasonable” and ordered Duke to reimburse AT&T for overpayments for the previous three years and to calculate future rates according to FCC pricing formulas.

Under the FCC’s Pole Attachment Order, 2018, ILECs that receive benefits under a joint use agreement that materially favor them over other users are not lower authorized rental rates generated according to the new telecommunications rate formula.

Despite the cancellation of the rates prescribed by the Joint Use Agreement and the requirement for a refund, the FCC order was not an unqualified victory for AT&T. Instead of ordering Duke to charge AT&T at the lower limit of the new telecom rate as AT&T had requested, the FCC ruled that the upper formula of the old telecom rate applied.

Under the 2018 FCC Pole Binding Order, an ILEC is deemed to be entitled to the new telecommunications rate for agreements entered into or renewed after March 11, 2019, unless it receives a material advantage on other telecommunications ties on the same poles. The FCC found that the deal gave AT&T a number of advantages that “materially favor AT&T over other telecom users on the same poles.” For example, AT&T had the guaranteed right to attach to any common-use pole and to use any additional space not dedicated to other fasteners. AT&T also enjoyed a number of operational benefits, including a predetermined schedule of pole replacement costs, predictability of billing, lowest pole position, and no requirement to obtain pre-authorization to connect to poles or to pay. permit fees. For these reasons, the FCC ruled that for the period covered by the 2018 Pole Attachment Order, AT&T was only entitled to a rate that did not exceed the old telecommunications rate.

For the period prior to the effective date of 2018, the FCC has ruled that the rates for the poles in issue are subject to the FCC’s Pole Attachment Order, 2011. Like the Pole Binding Order of 2018, the Pole Binding Order of 2011 requires the FCC to apply the old telecommunications tariff when an ILEC is not “Similarly located” to other attachers on the same poles. Since the FCC has found that AT&T enjoys material benefits that are not granted to other users, AT&T is therefore also not entitled to the new telecom tariff under the 2011 scheme.

Termination provisions that require a one-year notice in effect create a â€œseries of one-year contractsâ€ that automatically â€œrenewâ€ each year.

To make its decision, the FCC had to examine the applicability of its 2018 binding order to the automatic (or “in perpetuity”) renewal of contracts like the one at issue here. As with many joint use agreements, the contract between AT&T and Duke – first entered into force in 2001 – would remain in effect until terminated by either party, and such termination would not could only intervene with one year’s notice. Like the Commission’s analysis in Verizon Maryland LLC v Potomac Edison, the Commission ruled that “the one-year termination notice clause” in the Duke-AT&T agreement “actually creates a series of one-year contracts that automatically renewed and extended the [agreement] since [agreementâ€™s] effective date Jan. 1, 2001. And because neither party has issued such a notice or requested termination, the FCC has found that the agreement is automatically “renewed” each year once it is terminated. had entered into force.

The FCC therefore ruled that AT&T was entitled to a remedy under 47 CFR Â§ 1.1413 (b), which provides that the rebuttable presumption regarding tariffs applies to pole connection contracts “designed or renewed after the date of. ‘entry into force of this article’. The Commission found that since the AT&T and Duke joint use agreement was automatically extended on January 1, 2020 – after the date of entry into force of the 2018 rule changes on March 11, 2019 , the rates billed by Duke since then were reviewable under the 2018 Pole Attachment Order. Conversely, rates charged by Duke before January 2020 were to be assessed under the Pole Fixation Order 2011.

The related nuclear costs should be included when evaluating the gross plant investment.

In its ordinance, the FCC also clarified the appropriate inclusion of fuel and nuclear material in the gross investment of power plants in both the numerator and the denominator when calculating the financial charges (taxes, depreciation, maintenance and administration) of its pole pricing formula.

The FCC rejected Duke’s argument that it could charge higher tariffs because it had built a predominantly 40-foot network of poles in its overlapping service area to accommodate AT&T. The FCC has argued that LECs and competing cable companies have increasingly needed pole space for decades, requiring larger and stronger poles. This recognition of the prevalence of 40 foot poles in today’s utility landscape calls into question the continued use of the 13.5 foot usable space factor (based on a 37.5 foot pole) in FCC pricing formulas instead of a larger number that better reflects taller poles.